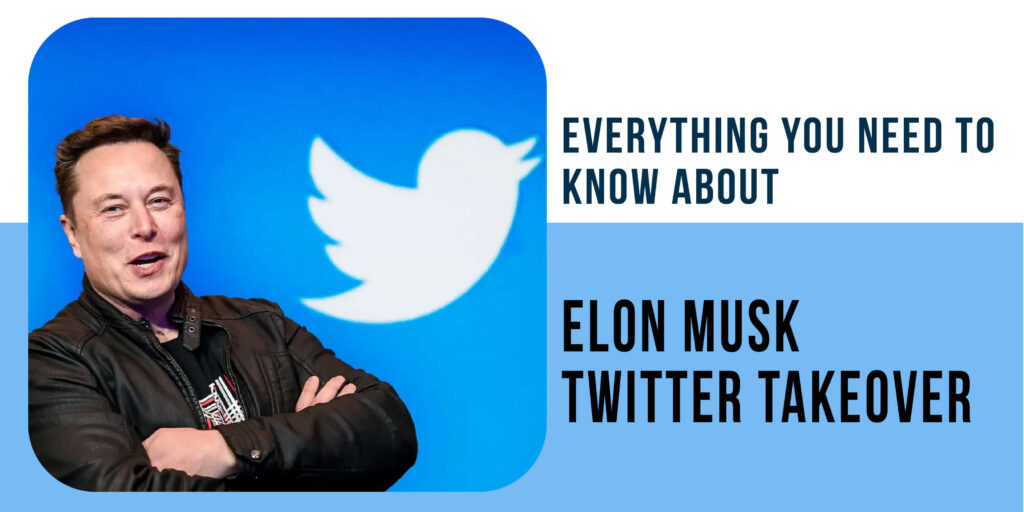 Everything you need to know about Elon Musk Twitter Takeover

Elon Musk’s $44 billion Twitter takeover saga comes with all the drama necessary to be immortalised in case of studies for future captains of industry.

While a Delaware Court was getting ready to rule on the standoff, Tesla Inc’s CEO performed a U-turn by proposing to buy Twitter at the agreed price.

With the takeover of Twitter Elon tweeted “The Brid is freed” with which he visioned bringing Free Speech for a better future of civilisation.

He aimed to turn Twitter into a Private Company from a Public Company,

Even though the major reason behind Elon Musk Twitter Deal might be for the court suit filed against it or any other business agenda he has in his plan.

What Elon did the moment he took over Twitter?

Elon then gave the remaining staff members the choice to join a “hardcore” Twitter or quit. Over a long period of time, this will require a lot of work, he added, adding that “only extraordinary achievements will count as a passing grade.” Employees have 24 hours to make a choice.

When the light was shed on how someone – who uses his own Twitter account to advocate for freedom of speech – is now attempting to impose his will on another corporation, this action took a wrong turn.

Later in the wake of Musk’s legal dispute and a declining digital advertising market, experts and academics recommend the social media company overhaul its economic model after second-quarter sales declined.

To which Musk has suggested making Twitter into an “everything app,” similar to China’s hugely successful WeChat system, which provides everything from banking to chatting.

In counter to that experts predict that this will be a challenge in the US, where a variety of businesses already serve customers well.

What is going to happen in future?

We do not yet know if or how Musk succeeds. There is no doubt that Twitter’s administration and personnel will experience high turnover, which will significantly drain the company’s momentum and vitality.

Aside from criticizing the company’s management, Musk also expressed dissatisfaction with its wages, political bias, and automated “bot accounts,” which he believes are far more prevalent than Twitter estimates.

Let’s be honest here, we can not analyse or predict what Elon Musk is planning to do in the future, what is going to happen to Twitter or employees of Twitter and where the Elon Musk Twitter Takeover case moves forward.

There is no doubt that Musk will receive massive attention and scrutiny as he figures out how to run Twitter.