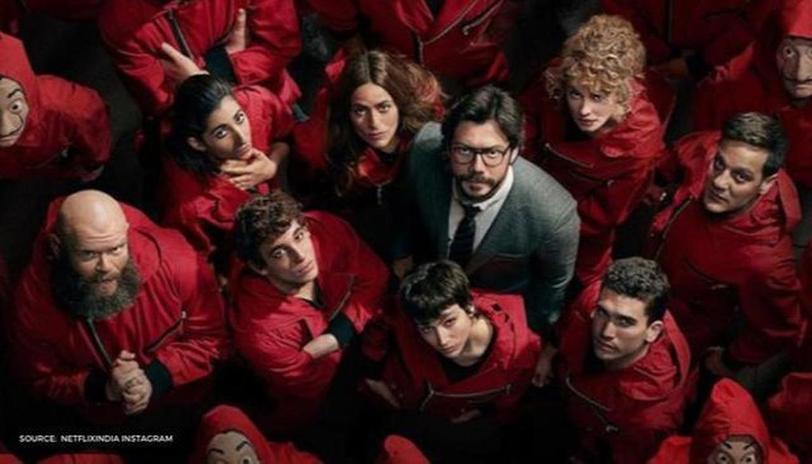 Decoding and Learning Marketing from Money Heist: From being a regional drama to a worldwide phenomenon

La Casa De Papel or as many of you may know it, Money Heist, a Spanish thriller that grew out to be so popular that it’s currently the most successful foreign language series and rightfully so. The show streams on Netflix and is easily one of their biggest hits all around the world and is also the holder of an Emmy Award.

Money Heist was originally aired in its native country Spain and saw a decent viewership of 4.5 million which only declined as the episodes passed by. The makers of the show had resigned to the fact that show was doomed until Netflix picked it’s rights in 2017 and has been funding it since. The name was thus changed to ‘Money Heist’ for its worldwide audience. While the original consisted of just one heist that ended with the second season, the popularity of the show had Netflix urge the makers for another part.

The story revolves around the 8 criminals who got nothing to lose and are put up to pull off the biggest heist in The Royal Mint of Spain as per the instructions given by the mastermind of the plan ‘The Professor’. What ensues then is a lot of twists and turns that make this Spanish thriller an extremely compelling watch. Apart from being a highly engaging series, there are actually quite a few marketing lessons that we can take from this show.

When Money Heist first began to stream on Netflix it wasn’t advertised at all so what do you ask made this show this successful? You guessed it right it’s the script of the show. The script with all its nuances was written with the aim to engage the audience but it also had an underlying revolutionary appeal to it which connected with the audiences worldwide. Money Heist turned out to be more than your average action thriller series as it showed the resistance and scepticism that people hold against the government. Which connected with a lot of people IRL and hence the red jumpsuit and the Dali masks became a symbol of resistance for people in real life protests too.

Its tagline ‘Join the resistance’ soon became a major selling point for the show and was inculcated everywhere in its communication.

Money Heist showed us the power of being relevant and connecting with the audience all this while being entertaining. A lesson that brands and their marketers should adopt when communicating a brands message to its audience. This a sure shot way to stand out amongst the clutter.

Out of the box Marketing

Once Netflix realised that their gamble had reaped them tremendous success, season 3 was presented with the most eccentric marketing actions in true Netflix fashion. A promotional campaign took place in airports all over the world that had red suitcases full of money going rounds on the luggage belt. The suitcases had the character names which are after the most popular cities in the world, printed on top of them and Netflix on the side. Netflix went as far as creating fake prints Ads on Regional Papers in France and taking over digital screens and speakers at train stations in Paris. The message consisted of the Professor urging people to ‘Join the resistance’ making it as authentic and hence taking the people by surprise but just as memorable.

The lesson one gets to learn from this the impressive way in which Netflix used non-traditional platforms to promote Money Heist hyping it up more than ever. The brilliance with which they executed their promotion strategies and the hype created led to more than 34.5 million people tuning in to watch season 3 within the first week of its release. 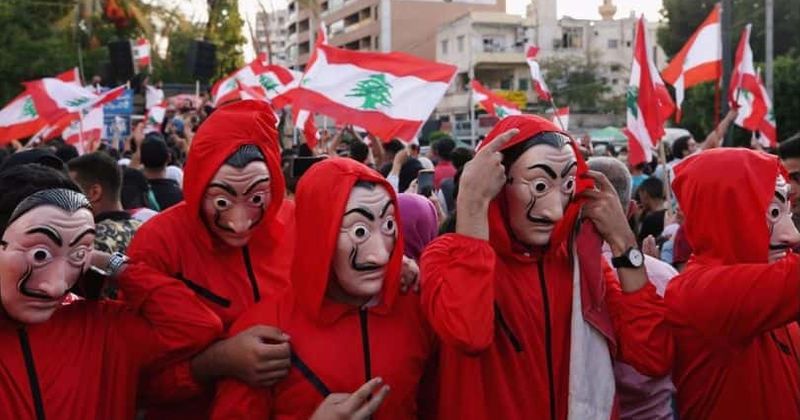 ‘Una mattina mi sono alzat, O bella ciao, bella ciao, bella ciao, ciao, ciao’ it’s quite likely that this melody has you humming with just these words. This Italian protest song with its anti-system philosophy sits very well with the underlying theme of the show. Apart from the oh so popular tune, there is the red jumpsuits and the Salvador Dali masks which, is a symbol for revolution further added to the revolutionary feel of the show. These elements serve as brilliant recall value for the show and have helped immensely as a form of free Advertising for Money Heist.

These branding elements helped grew the popularity of the show leaps and bounds to the point that is universally recognised. An exceptional case of how to reach to the heart of your audiences with your brand voice.

Despite Money Heist’s inherent portrayal of Spanish Cultural Identity, this show crossed boundaries and resonated with audiences worldwide. Money Heist turned out to be a phenomenon that more than just entertained us but gave us great insights even that we as marketing professionals too can apply for our next marketing strategy for our brands.